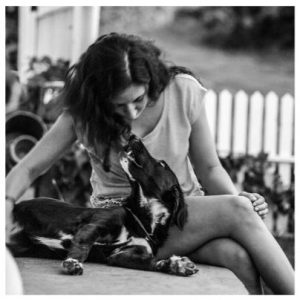 I have loved cats for almost all my life, raising a dozen felines in my parents’ garden until my last cat died in 2009. Michou was 15 years old. He was very ill and passed away in my arms in the middle of the night. I know it sounds silly and childish, but at that very moment I promised him I would never have another cat in my life…

A few years later, I got a job opportunity in Rodrigues, a small island quite far in the Indian ocean. When I woke up on that 13th October 2013, I went to my window as usual to admire the wonderful view of the lagoon but a strange sound drew my attention. “Holy sh..t!” Yeah, that was exactly my reaction when I first saw a bunch of puppies, under my window, huddling near their mother, the neighbor dog who used to come to me for cuddles. I immediately told my neighbor to take the dog family back to her garden within the week. But the next day she took them back, I was woken up by their cries, like we-need-help kind of cries. I waited for almost an hour, trying to convince myself that this was not my problem, when I decided to go to my neighbor’s garden. I found the puppies stuck under a large piece of iron sheet, in the glaring sun, with no water. Their mother couldn’t reach them. No track of my neighbor. I couldn’t let them die. That was one of my Brigitte Bardot moments. I felt so revolted and angry that I took them back to my garden, built a convenient shelter and decided to take care of them until they were weaned. 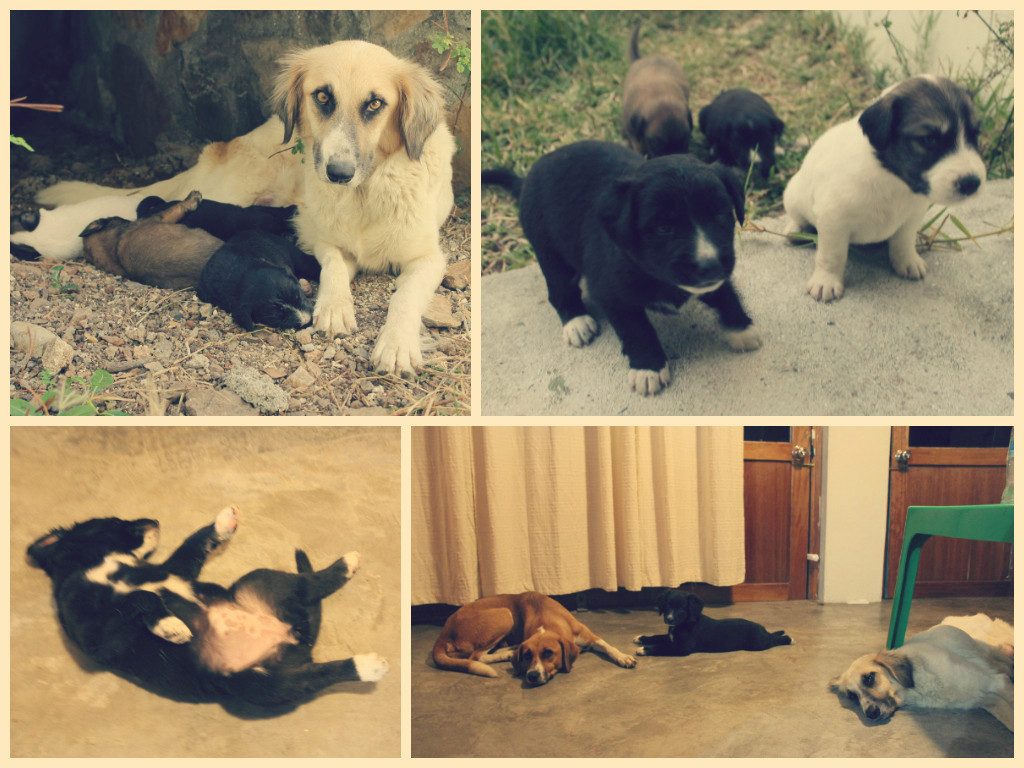 Shark when she was a puppy

Six weeks later, I had given all puppies to people who were looking for a dog, except one. The little black one with her white paws was the exact replica of my late cat Michou, as you can see by yourself. What if Michou had been reincarnated as a puppie? I know it sounds weird but I saw it as a sign. What was the probability that I would ever find an animal so physically similar to my cat? You can laugh at me…  It was destiny though. 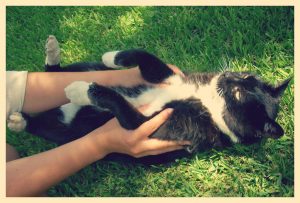 So I just kept her, without thinking long term, telling myself that at least I would offer her some months of a happy life.

A year after, when my job contract ended and I had to plan my return to Europe, I suddenly realized that I couldn’t abandon her, not just because it was totally immoral but because our relationship had become too strong. Just a look at her sweet little face was enough to make me feel happy. Yeah it’s corny… Only pet lovers can understand me, but I am convinced that having a pet contributes to making you feel happier. I also had the feeling that we had way more to share in the future. More adventures and laughs were awaiting us. Thus, I took all the necessary steps to relocate with her.

We use cookies to ensure that we give you the best experience on our website. If you continue to use this site we will assume that you are happy with it.OK